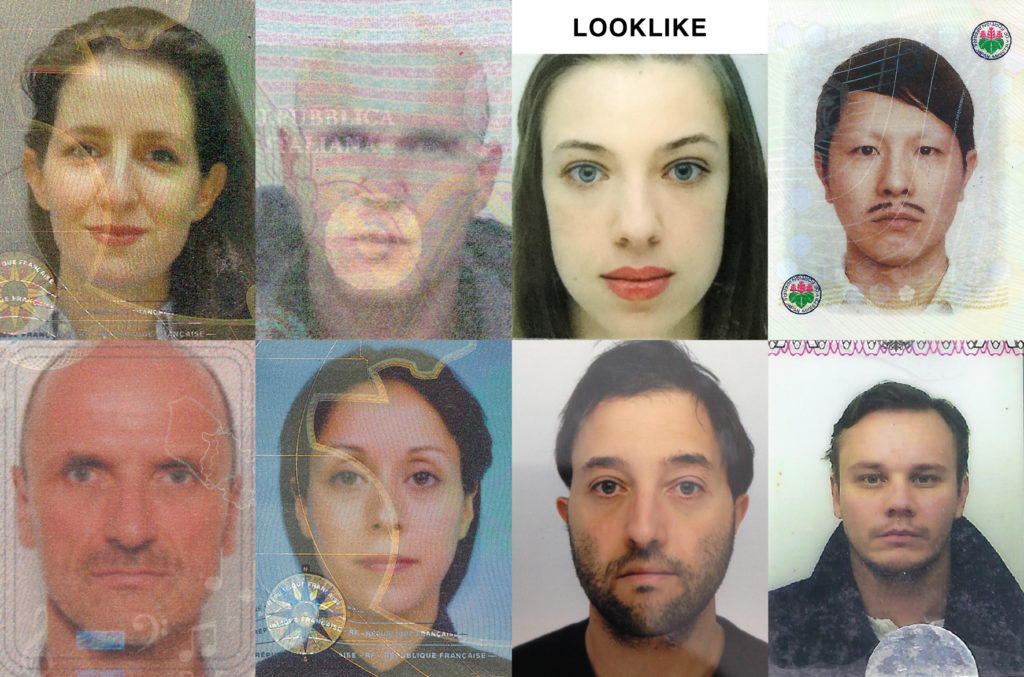 TAKE that… Elsa Okazaki + 7 other international artists collaborating with uprising fashion brands for our very own TAKE festival. LOOKLIKE which will 1. surprise us, 2. shock some of us & 3. will certainly sweep us off our feet. Be prepared!

I met très charmante photographer  and initiator of the LOOKLIKE project ELSA OKAZAKI at the coffee place “Tanzen Anders” to talk about her work, multicultural counterparts & life with two small kids. At the end I even convinced her to switch positions and let me take some pictures of her! Take a LOOK…

Tell me about your project „New Look“ for the TAKE festival parcours.

Elsa: „NEW LOOK“ was actually only the working title which we then found out sounds more like a fashion brand. Now our project is called „LOOKLIKE“ which is funnier I think and „look“ can be interpreted in many ways. It is a group exhibition with 8 artists from different nationalities and backgrounds. The works are inspired by clothes of young designers. All of the 8 artists I previously collaborated with in the past and I am very excited to bring them together now for the TAKE festival.

What kind of artists are involved in your project?

Elsa: Jimmy Zurek is a transmedia artist and musician. Claire de Foucauld is a young artist that I met during my time at the Bildende. Tomas Eller is a very established conceptual artist. Alexandra Marischka is also an artist but now more into „patisserie“ which she learned to do in Paris. Her sweet creations are very artistic and also very good (laughs). Michikazu Matsune is a performance artist. Markus Morianz is a photographer and did a lot of fashion photography in LA and now is back in Vienna. Salvatore Viviano is working in different fields for example also performance, creating objects… It’s a good mix of people from very classic styles like Tomas Eller who is very conceptual to perhaps more „commercial“ styles which I mean in a good way.

Will there be a performance or what else can we expect?

Elsa: Yes there will be a musical performance by Jimmy Zurek in cooperation with Kenneth Ize. It is kind of provocative actually but you have to see for yourselves (laughs). Salvatore for example is not going to do a performance but a photo and Claire and I will shoot videos… Even though I chose the artists, I let them work freely. Of course we sometimes discuss their work, but in general they can do what they want and I try not to get too involved (laughs). Each of the artists is working together with a fashion designer or at least uses their clothes as an inspiration. I am shooting a video with the clothes of Moto Djali for example, Claire works together with Meshit, Tomas with Bradaric Ohmae, Alexandra with Marina Hoermanseder, Michikazu with Gon, Markus with Ilija Hvala, Salvatore with Astrid Deigner und Jimmy Zurek with Kenneth Ize. I like working with so many different nationalities and artists – it’s really interesting. I also have a mixed cultural backgrounds and I really enjoy the different influences that come together while creating a common creative project.

Being half Japanese and half French – what would you say are typical traits of each culture that you inherited?

Elsa: I am very determined and I love working which probably derives from my Japanese heritage, not so much from the French (laughs). They love their free-time! I am not sure what is typically French about me… maybe that I am a big „gourmande“ and love good food. And I also inherited a strong sense of feminism from my French mother. 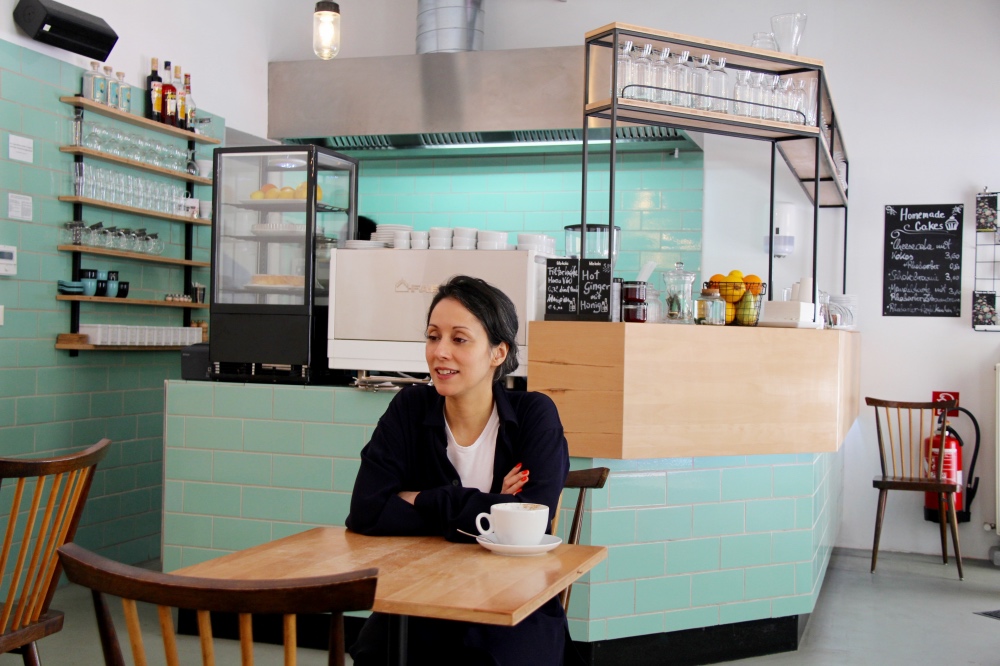 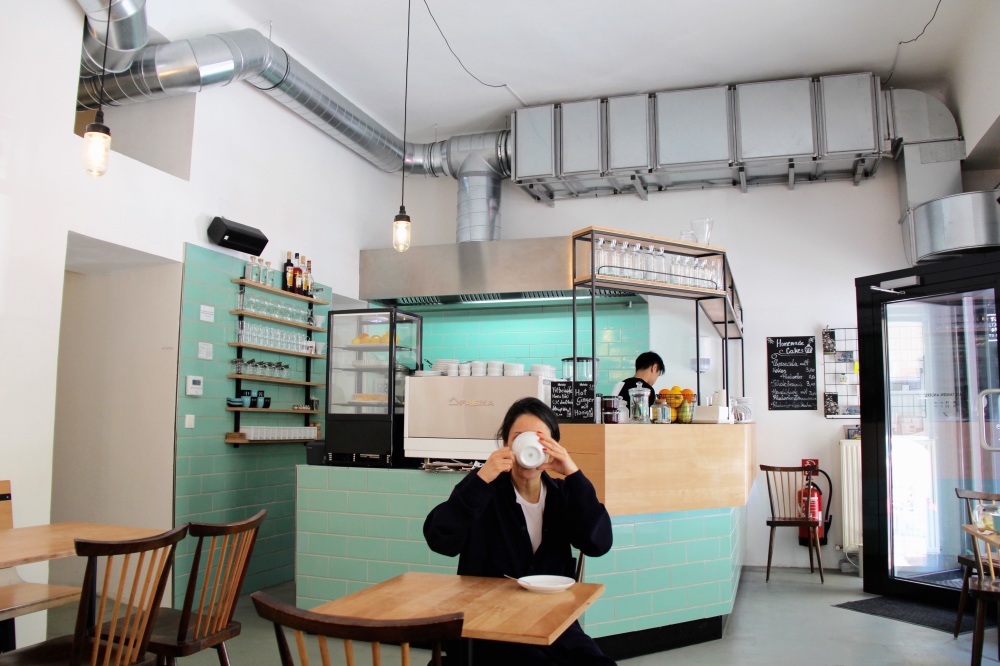 Elsa: Uff that is hard (laughs). I love both actually. I adore the minimalistic Japanese design and of course brands like Issey Miyake and Yamamoto. But also traditional French houses like Chanel and Yves Saint Laurent are fantastic. Even though I don’t wear their clothes but I still think they are great. Yves Saint Laurent especially inspired me as a person. He was such a rebel. The first designer who had coloured models present his clothes on the catwalk and who posed nude for a photo shoot. He truly gave women power with his clothes, that’s what I really like about him. Coco Chanel of course also was an incredible woman…

How do you manage to always capture a characters’ authenticity in your portrait photos?

Elsa: Actually I just thought about that yesterday. Whenever I am photographing someone, I try to create a comfortable atmosphere. It is very important for me that the person recognizes herself/hisself in the picture – that the image reflects their own view of themselves and the soul of the person being portrayed.

“Whenever I am photographing someone, I try to create a comfortable atmosphere. It is very important that the person recognizes herself/himself in the picture – that the image reflects their own view of themselves and the soul of the person being portrayed.”

What do you do with people who don’t know how to act in front of the camera?

Elsa: I speak with them about normal things and try to distract them. Also I try not to direct the people too much because then they usually get very insecure. But in general it is very difficult to relax people that are shy in front of the camera.

Are there any rituals that you follow before every shoot?

Elsa: It depends if it’s a small or a bigger shoot. If I do a portrait of someone I usually look at pictures previously taken of that person. Also at the selfies they take of themselves on Instagram for example… that way I get a feeling for the character. Maybe there are some other rituals too that happen unconsciously but I can’t think of them now (laughs).

How has your style of work changed over the years?

Elsa: Now that I have two little kids I try to do more commercial work on a regular basis. Of course I always try to find a balance between highly creative, more independent projects and shoots for advertising. But sometimes it is not so easy, especially when you love to work at night but need to get up early in the morning to get your kids ready for kindergarten. I am glad that my boyfriend Philipp helps me a lot. 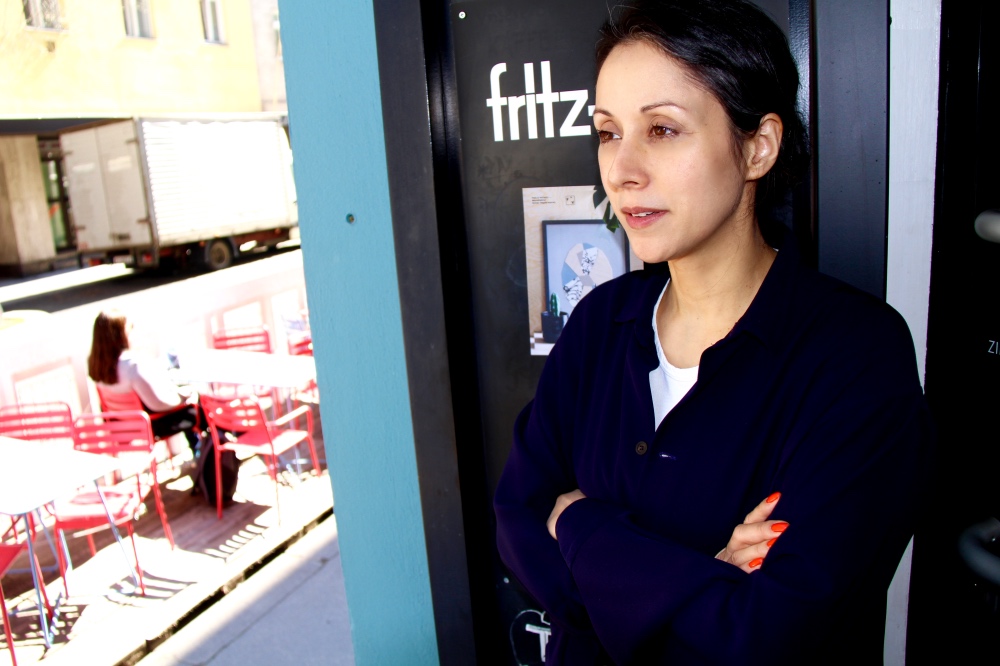 Do you have any favorite photographers?

This is a single event page with sample content. This layout is suitable for most websites and types of business like gym, kindergarten, health or law related. Event hours component at the bottom of this page shows all instances of this single event. Build-in sidebar widgets shows upcoming events in the selected categories.

We offer 100% free after sales support. Once you purchase you can use our Support Forum backed by professionals who are available to help our customers.

We provide WordPress customization services some of which are: