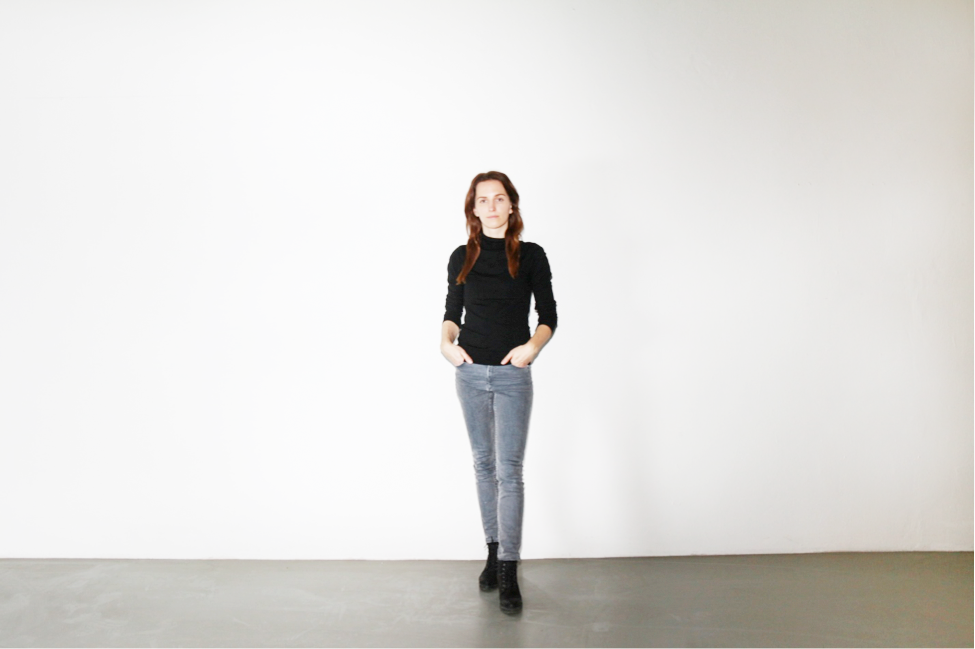 Katarina Balgavy studied International Development and Fine Arts in Vienna, Austria. She worked as a Visual Artist and Creative Director in international projects for several media and art culture. Her works are featured at the Guggenheim Museum, Vogue and Vice among others.

Felix: You’ve got a rich and interdisciplinary background which you clearly take advantage of by mixing it together. How does that reflect  in your conceptual art?

Katarina: Having and mixing this interdisciplinary approach, was an organic process I’ve been growing into. I guess it comes with your personality, the wider your interests are, the more interconnected you perceive them. The more you practice your craft and the more you accumulate experiences the more patterns you notice.

Felix: Is this interconnectedness of perspectives characteristic for your artistic statement?

Katarina: I think a holistic view is important. For example various cultures have many identities whereas various languages and therefore various behaviour profiles have been built. There are different visual patterns and thinking structures detected in other languages. I have always been interested in connecting trans-disciplinary fields, in connecting the pieces together into a more cohesive perception of the world.

Felix: When and how did you start on your artistic path?

Katarina: I started to shoot analog on film at a very young age and I started to develop my films in an old studio at the former station of Praterstern. I’ve been interested in creating worlds and putting things on stage. There was an urge to create and shoot these scenarios I developed in my mind. I also shot a lot with a point and shoot camera to document things. Therefore there is a connection between documentary and putting things on stage in my work. 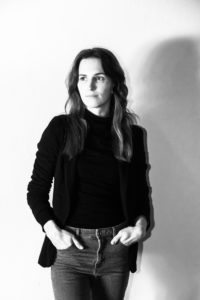 Felix: How does this tendency of yours to combine theatric display, perfectly staged down to the very last detail and static frames reflect in the projects you show at the Take Festival?

Katarina: In 2011 I lived in South Africa for four years. I was looking for the local South African identity, where tradition and contemporary meets and interacts to melt down a new culture. Like post-colonial Brazilian. I researched its history, its origin, the historical current processes, the various spoken languages, its different cultures, a certain dance, a dance culture for political resistance, something cultural which has been created yet.

The film In the way of dance comes from a deeper sense of trying to understand where we come from and how people transform after historical events. That search for identity is central to that film. Cultural identity is defined “by common objective elements, such as language, history, religion, institutions, and by the subjective self-identification of people”,  there is a great article of the Harvard Professor for Political Science “The clash of civilizations” – A must read.  The performance tries to connect these major themes by creating two characters who seem to experience two kind of stories. Do they interact, do the characters actually really meet on the dunes?

Felix: You obviously travelled much, so does that reflect in your work? How much do your impressions from the many places you’ve experienced inform your artistic work?

Katarina: It sure does. Not only impressions, it’s a lot of research. To live abroad, one needs to look beneath the surface, where you might find a lot of vulnerabilities and emotions all connected with the local culture and its many histories. The longer you live somewhere else you start getting disconnected from your “Heimat”, from your own protected self, in order to confront yourself with the diversity of the world.

Felix: You’re advocating for people to move out of their comfort zone and discover the world from a multiplicity of perspectives. But to do that, one must first become aware of the superficial stereotypes that inform perception. Your project, however, uses representational stereotypes as its aesthetic framework, how does that fit in with your goal to overcome stereotypical generalizations so often used in popular discourse?

Katarina: It was my intention to play with stereotypes. I wanted to show a certain vulnerable field of a certain country. I also wanted to preserve the dynamics of aesthetics of the fashion industry, as a kind of stereotype again. Actually I wanted to present a very sculptural way of being which then was transformed into a dance. The film is rather about finding identity, which might be a dance. It is rather who the characters are and who they are going to meet and interact with. Is it themselves, their counterparts or another fictional character for each of them. There is a duality to overcome between the mind and body, so the two characters represent this idea of duality, which is in fact present in all of us.

Felix: How can the fashion industry, position itself today within these broader discourses of cultural identity and its ownership considering its natural tendency towards eclecticity?

Katarina: I think fashion is at a crossroads where it needs to start connecting more strongly with the local realities  and take fair production standards more seriously. The film also features local collections and local craft. The industry isn’t only about the big brands. We researched a lot of local designers who are producing locally and having a strong connection with South Africa. We didn’t want to be just another production in an exotic setting without caring for the local context.

I was pleased when I was offered the chance to give an interview for a major publisher in South Africa, but the most interesting questions we discussed were censored. While black communities were praising the film, the interview and it’s critical outlook was censored for the local audiences. This was one of the central reasons that pushed me further to developing more conceptual works.

Felix: Let’s talk about your other project, Ephemeral Studies.

Katarina: The works Ephemeral Studies imply a certain moment, an apparition in time, a moment in being. I think a subject showing certain clothes, is a stereotypical trope, which I however confront. At first sight it’s fashion photography, but upon closer inspection the images reveal mundane details which are infused into the composition to disrupt it and thus deconstruct the stereotype. Also my technique in this context is disruptive of the expected standard, therefore the more often you look the more it seems to wash away and dissipate.

“I think the artist is a reflecting entity who should constantly strive towards breaking and overcoming boundaries.” 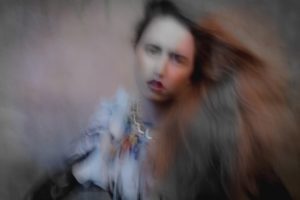 Felix: In essence you’re breaking the form of the medium to transcend it with a conceptual message.

Katarina: Yes, exactly.  I borrow my artistic approach from painting and try to capture a fleeting feeling, an existentialism.

Felix: What would you say is the artists role in this hypermediated world, then?

Katarina: I think the artist is a reflecting entity who should constantly strive towards breaking and overcoming boundaries. We live in a very complex world. One way of coping with another is the overproduction of media content, most importantly images which people then simply consume without sufficient critical distance. I believe that where governance draws the line, the artist is able to push the limit.

Felix: So the artist is a much needed reflexive mirror to society at large?

Katarina: Yes, in the best cases they are!

Felix: Where do you find your inspiration?

Katarina: Personally I am most drawn towards the more avantgardistic forms that feature socially critical elements. Some are Situationistische Internationale, Jeffrey Shaw, furthermore I like the aesthetics of Arnulf Rainer, Duane Michals, Taiyo Onorato & Nico Krebs, Taryn Simon.

Felix:  What are your next steps?

Katarina: A few projects are in the making. In May I’ll attend the Dak’art Art Biennale in Senegal where I will present an art installation conceptualizing public space.